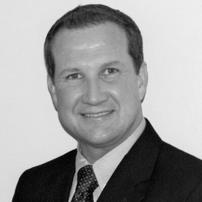 A Reading, PA executive, Chris Saylor serves as head of operations at Associated Wholesalers, Inc. and its subsidiary, White Rose, Inc., reporting to the company's chief executive officer. He joined the company in 2011 as director of distribution and oversaw co-op division distribution operations. Along with his oversight of distribution activities, he was tasked with managing more than $65 million in inventory in that role. His success prompted a promotion to head of operations and added responsibilities of executing warehousing strategies for the company's entire distribution network, supervising financial and operational performance, and supporting annual sales goals. Chris Saylor currently leads 1,100 associates and their managers and supervisors.

Prior to his position in Reading, PA, Mr. Saylor honed his warehousing expertise at Meijer, where he spent almost six years improving service quality and cutting operational expenses. As a distribution manager there, he played a vital role in the success of 177 gas stations and 200 combination stores.

Outside of work, Chris Saylor enjoys supporting philanthropic initiatives. He is active in the National Police Defense Foundation, and contributes to the Children’s Miracle Network, Make-A-Wish Foundation, and United Way. His other interests include attending community events, visiting museums and historical sites, and boating. Chris is also committed to health and fitness and enjoys exercising. He and his family frequented Madeira Beach for vacation for many years, a tradition he continues today.  He is a native of (Fairfield) Cincinnati, Ohio.